The Inside Out Project: A Tale of Emotional Literacy in Century Theater

I am writing this reflection as a narrative of a field trip that I took recently with some of the young men from The Ever Forward Club [EFC] to see the new Disney Pixar movie Inside Out. I decided to write this after I read some of the thoughts they had that struck a deep nerve in me.

The Ever Forward Club is a youth development and mentoring program which was founded in 2004, as a support group for young men of color at San Lorenzo High School who were not working up to their potential. Over the past decade or so it has slowly grown into a movement and is in a position to serve hundreds of youth during the 2015-2016 school year and thousands more over the next 3 as we prepare for our growth and scale.

Since the first day I heard about and saw the trailer for the Disney Pixar movie Inside Out, I was clear that it was a film that the young men in The Ever Forward Club, needed to see. Even though the film’s main character was a little girl, I believed that the 5 characters at the Headquarters of her personality; Joy, Anger, Sadness, Fear and Disgust, could connect with our young men. The concept of the Headquarters is explained so well that they could connect with internal conversations that they were dealing with on a daily basis. For instance here is a quote that put a lot of things in perspective:

“Like all of us, Riley is guided by her emotions – Joy, Fear, Anger, Disgust and Sadness. The emotions live in Headquarters, the control center inside Riley’s mind, where they help advise her through everyday life. As Riley and her emotions struggle to adjust to a new life in San Francisco, turmoil ensues in Headquarters.” 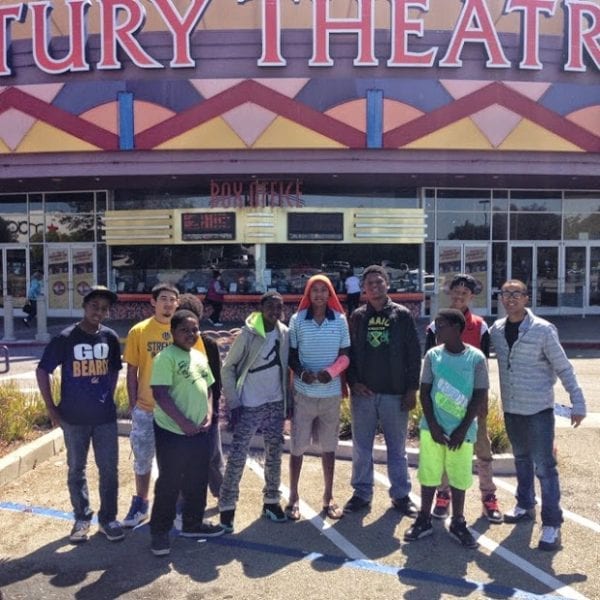 And so on a sunny morning in July, our youth arrived early to meet Lorenzo, an EFC alumni and mentor for EFC @ REACH in San Lorenzo. A few parents dropped their boys off and an energetic reunion took place in the parking lot since all but one of them had attended our 10th Annual Southern California College Tour this past April and most of them participated in the 11th Annual 24 Hour Relay Challenge in May. After we got into the theater and the popcorn was passed around they began to settle down from all the energy that had built up from the seeing each other again. One of the thing’s I love the most is that even though each club has it’s own identity, the young men are beginning to build community with each other across different schools and communities in the Bay Area.

The young men all sat in the row in front of Lorenzo and I and while the chatter continued through all of the previews; as soon as the movie started they were locked in and engaged in what was going on. They laughed during the funny parts and made very few comments throughout the film. It was clear that they were not only paying attention but that it was connecting with them in internally.

When the film was over we headed over to Bayfair Mall to celebrate the June and July birthdays with some cake. First however, we needed to take a few moments to debrief the movie. I asked the young men [ranging from 11 – 16], what they thought about the film, and there was a collective, “it was OK.”… “It was Cool!” I realized that we weren’t going to be a productive discussion in the middle of the mall so I shifted the activity to be a written reflection that would go deeper than just tell me what they ‘thought about the movie.’ I wanted them to connect with a time in their lives when an event took place that brought them and their Emotional

Headquarters into battle over which emotion would have victory and lead the situation.

For some it was a challenging to get focused and get started, for others it was difficult to think of a situation to write about, and others just had a hard time with the mechanics of writing, even though I told them it wasn’t for a grade. Each of those challenges gave me insight into new tools that The Club could add to our curriculum to better serve our youth

Yet when I read their papers later that night, I was starkly impressed with what they had created.

Below you will read 3 stories from young men who have participated in this new project called: The Inside Out Project: Emotional Headquarters REVEALED.

*All stories are unedited except for small grammar changes for contextual purposes.

One day my little brother and sister woke me up at 3am because they were scared and couldn’t go to sleep. I was sleeping comfortable and when they woke me up and anger started off by yelling at them.

JOY: It’s OK, they are only little kids, maybe I should help them and stay with them until they go back to sleep.

SADNESS: I really just want to go back to sleep, why did they have to wake me up

DISGUST: They got boogers in their noses?

FEAR: what is going on, who is making all that noise, in the middle of the night?

I remember a time when my brother and I were arguing, and I couldn’t control my emotions so we started fighting, and I realized that I was out of control and we stopped. I felt a pain that was in me, that if we kept fighting we would loose interest in each other. Until now, I still feel a disconnection, like part of my heart or life is gone and I have no way to bring him back (my brother drowned a few years ago). My emotions were all over the place and I couldn’t understand my emotions.

JOY: The Joy in this situation was after all the tension, and went outside. We mostly enjoyed ourselves instead of holding a grudge.

SADNESS: I hated when we argued and fought all the time.

ANGER: I thought that everything was his fault. And I thought he would always get me into trouble, but he wasn’t, he was only teaching me the right thing.

DISGUST: When we both disagreed on a particular situation and made us feel weird inside.

FEAR: I was afraid to not have a connection anymore. Every time I fought with him I thought it made our relationship weaker, but it made it stronger because we learned from our mistakes and evolved from bad habits and other bad influences.

I remember a time when I was having fun at Rockin’ Jump; doing flips. But then when I did a back-flip of the wall and sprained my foot really bad I was very mad and sad and I couldn’t do nothing for 2 weeks.

ANGER: I can’t walk for 2 weeks

JOY: At least I did not break my leg

FEAR: What if I can’t walk again?

DISGUST: They might have to put a cast and when it’s done healing, I have to wash off the dead skin.

These stories told by our youth, shine a light on the fact that they are distinctly aware of the varied emotions that exist in the ‘Headquarters’ of their minds. They are often clear that many different emotions speak to them at a given moment and it’s our responsibility as parents, guardians, caretakers, educators, and mentors to help them add tools to their emotional toolbox. These tools prepare them to better know how to identify and deal with the emotion and respond in a Respectful, Responsible and Relevant way. This is the work EFC has been doing for 11 years to serve young men in the Bay and and as we bring our work to the world in a more deliberate and scalable way, we will always start with empathy and the voices of our youth to guide anything we build and create. Our work is even more powerful for young men when we partner with other organizations who provide additional tools that add value to their lives.

Each of our youth go through a modern day Rites of Passage weekend with the Young Men’s Ultimate Weekend to add even more tools to their toolboxes. In addition to having a lot of fun the young men learn a human development technology called The RIGHT Way which was created by Dr. Mark Schillinger, founder of the YMUW.

Through our connection with YMUW, The Ever Forward Club was selected to be featured in a documentary called The Mask You Live In which premiered at the 2015 Sundance Film Festival. The Mask You Live In is created by The Representation Project and follows boys and young men as they struggle to stay true to themselves while negotiating America’s narrow definition of masculinity. You can see the trailer HERE

EFC’s signature workshop is called Taking Off The Mask and we look forward to partnering with your organization to provide a powerful, self reflective, community building experience for your youth.

If you are interested in donating, volunteering, mentoring or partnering with us, please connect with us on our website. Or sign up to receive updates and stay connected as we prepare to serve more youth and positively add value to the schools and communities in which we work.

What’s Your Superpower?: Comic Books in popular culture and film as stories of contemporary initiation 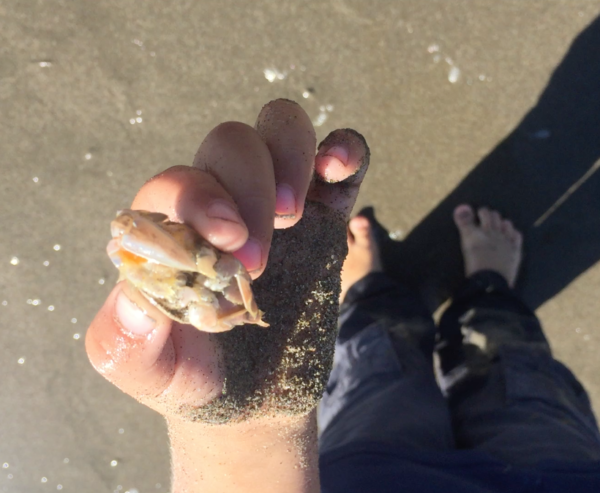 THE BENEFITS OF CONNECTING CHILDREN WITH NATURE 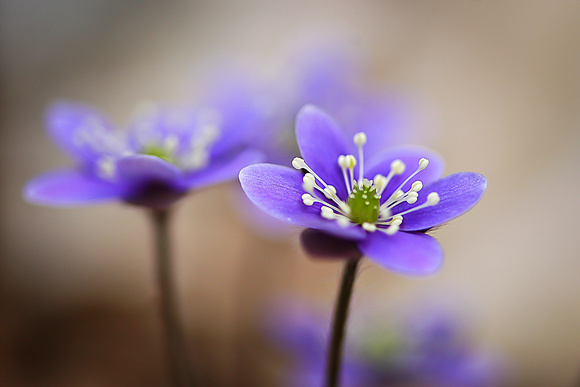 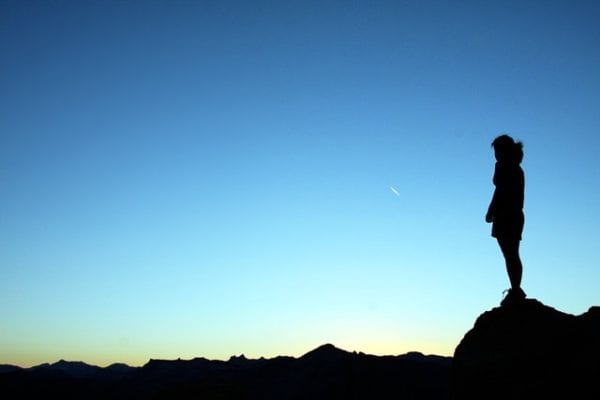 The First Step Is The Hardest

Kiln-worthy: Lessons and Reflections from a week in Los Angeles

Welcome to the Blog. Here you will find current and archived versions of our ENewsletters, Updates, and posts from partners, and guests.

Disclaimer:
Youth Passageways is thrilled to provide a platform in which a wide breadth of perspectives can commingle and paint as comprehensive a picture of our partner base as possible. As such, the views and opinions expressed in individual letters, posts, or media content of any kind do not necessarily reflect or represent the Youth Passageways network as an organization, or collective.